What is Laxative Abuse?

Extreme thinness, or evidence of binging and purging, are often some of the more noticeable signs of eating disorders. But people struggling with anorexia, bulimia or binge-eating disorder may also engage in other behaviors in an attempt to rid the body of food and feel thinner. One strikingly common way teens and adults try to purge calories or food is by using laxatives.

Laxatives are sold over the counter and are easy to obtain, but they can wreak havoc on the body. The overuse of laxatives can lead to electrolyte disturbances, dehydration and mineral deficiencies. Laxative abuse can also cause long-term and potentially permanent damage to the digestive system, including chronic constipation and damage to the nerves and muscles of the colon. 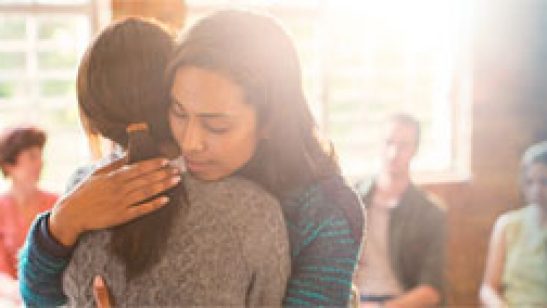 Laxatives are medicines to treat constipation by softening the stools to make passage easier, or by stimulating the lower intestine to push out stool. While a doctor may recommend occasional laxative use for people with constipation, in people with eating disorders, laxative use may become a frequent or everyday occurrence.

Laxative abuse is the repeated use of laxatives to purge calories or food. The thinking – though incorrect – is that the laxative will quickly move food through the body and clear out calories before the calories can be absorbed.

Laxatives contain warnings that using the medicine for more than one week can cause serious long-term complications. However, individuals with an eating disorder may disregard these warnings. Many people who abuse laxatives will take more than the suggested dose and continue to increase that dose as the body becomes accustomed to the additional assistance. Others take small amounts, potentially even staying within the recommended dose, but for far longer than is safe. 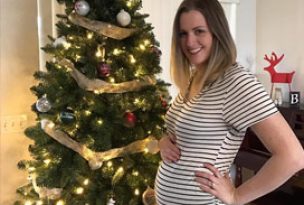 I am so, SO grateful to each and every one of you that have been a part of my journey along the way. Thank you so much for your love, support and guidance.

The Myth of Laxatives as a Weight-Loss Tool

Laxatives do not actually help people lose weight. Laxatives work on the large intestine. By the time waste reaches that area of the body, the small intestine has already absorbed the calories from the food consumed. The bowel movement triggered by the laxative doesn’t even contain a lot of food, fat, or calories.

Laxatives may, however, cause temporary loss of water, electrolytes, minerals and waste product sitting in the lower intestine. This can make a person feel like they have a flatter stomach or cause the numbers on the scale to read a bit lighter. But as soon as the individual drinks water, the weight returns.

The digestive process starts the moment we put food into our mouths. Chewing breaks down food for easier processing by the body. In the stomach, digestive acids and enzyme further process the food, before emptying into the small intestine.

After taking laxatives for a period of time, the body begins to rely on the help of the laxative in order to move waste through the body. People become both psychologically and physically dependent on laxatives, more quickly than many realize.

Constipation: Laxatives are used to treat constipation, but when abused, laxatives can actually cause constipation to worsen. Laxatives work by artificially stimulating, or irritating, the nerves in the large intestine. This stimulation makes the intestinal muscles contract and move the stool out of the body. But when used for too long or at too high of a quantity, laxatives can damage the nerves.
Keeping the colon empty is also risky. When the muscles in the colon are prevented from working as they should, they weaken over time. Together, these side effects interfere with normal bowel movements. The person may become dependent on higher and higher doses of a laxative to move stool out.

Constipation is defined as having fewer than three bowel movements a week, and/or bowel movements with stools that are hard, dry, and small. People who have abused laxatives can go weeks without a bowel movement. Constipation can be extremely uncomfortable. Symptoms include bloating, abdominal pain and overall discomfort.

Combination of constipation, diarrhea, and gas: Laxative use traps gas in the intestines, leading people to feel full and bloated. This can cause the laxative user to try to treat those symptoms with more laxatives, setting up a vicious cycle. In some people, the frequent bowel movements that come from diarrhea also irritate the rectum and anus, resulting in sores, bleeding or pain while using the toilet. Diarrhea also can interfere with participating in exercise or other social activities because of the need to run frequently to the bathroom.

Dehydration: Laxatives don’t help remove calories, but they do remove water from the body. When too much fluid is lost in diarrhea caused by laxative abuse, people may become dehydrated. Dehydration puts stress on the organs, and can be fatal if not treated promptly. Symptoms include thirst, decreased urination, headache, light-headedness, diminished sweating, dry mouth, weakness and fatigue.

Electrolyte abnormalities: Electrolytes such as sodium, potassium, and chloride are lost at abnormally high rates in diarrhea. This can lead to weakness, irregular heartbeats and sudden death.

Long-term medical consequences
The body’s dependence on laxatives can lead to long-term medical complications. Without having to work to eliminate waste, the body stops moving waste through the intestines on its own.

Impaired intestinal function: After long-term laxative abuse, the intestines lose normal muscle function and nerve response, and can no longer contract to evacuate stool normally. This is sometimes referred to as a “lazy colon”, meaning the colon no longer eliminates waste efficiently. Instead, waste sits in the intestines for far longer than normal. Laxative abuse is also associated with irritable bowel syndrome.
Those with a past of laxative abuse can go weeks without having a bowel movement. This can cause unpleasant physical symptoms such as cramps and bloating, as well as emotional symptoms such as shame, irritability, and anxiety. The effects may be reversible, but recovery may be a slow process. Symptoms may linger for years.

Infections: The intestine normally is coated with a protective layer of mucus, which prevents the walls of the intestine from irritation. The intestines also contain bacteria which are necessary for immune system function and overall health. Laxative abuse strips away these bacteria and the protective mucus, leaving the intestines vulnerable to infection and irritation. Some studies even suggest that abusing laxatives increases the risk of colon cancer, the idea being that long-time inflammation ups the odds that cells will develop abnormally during the healing process. 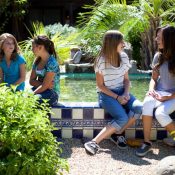 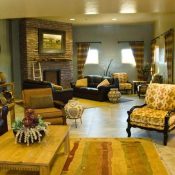 Depression: Depression can be associated with laxative abuse. Constipation due to laxative abuse can leave people feeling ill and uncomfortable. They may also be embarrassed and ashamed about their condition. When going to the bathroom is unpredictable, or when they’re suffering with gas or diarrhea, laxatives can lead people to socially isolate themselves. People often feel they need to keep laxative abuse hidden, causing stress and shame.

There are different types of laxatives.

While any of these laxatives can be abused, the typical choice for those with an eating disorder is stimulant laxatives.

Some teens and young adults use products labeled as a “cleanse” or digestive teas promising detoxification and weight loss. Teens and young adults who use social media throughout the day are often bombarded with influencers recommending juice or herbal cleanses to “fight bloat” or feel lighter. While there may be a short-term benefit in using these teas or supplements for the occasional constipation, these are not meant to be used regularly. As with laxatives, the digestive tract can develop a dependence on them.

There can also be rebound weight gain as water returns to the intestines and colon. This increase in weight can trigger individuals to continue using laxatives, but for a longer amount of time, and in higher quantities. Using these herbal products and supplements can be just as harmful as purchasing a package of laxatives from the grocery store.

How Common is Laxative Misuse

Laxative abuse, unfortunately, is more common than most people realize. A recent study in the International Journal of Eating Disorders involving 2,300 adults who sought treatment for eating disorders found that 25% reported misusing laxatives in the past month. People with anorexia were most likely to report misuse of laxatives, compared to those with bulimia or binge eating disorder. Other studies have put the rate as high as 60% among those with eating disorders.

Laxative abuse is also common among people not diagnosed, or not yet diagnosed, with eating disorders. A study in the journal Pediatrics of 13,600 young people ages 13 to 25 found that by age 23 to 25, 10.5% of females admitted to using laxatives in the past year to lose weight. (Males reported virtually no laxative abuse, but were much more likely to use muscle building substances than females). In this study, females began experimenting with laxative use during their teenage years.

Laxatives may be used by people with bulimia to purge, and also with anorexia to control calories consumed. Laxative abuse is also common among a subgroup of individuals who have anorexia with purging behavior. Those who use laxatives to purge often demonstrate longer duration of illness, around 10 years on average. The longer the duration of anorexia and laxative abuse, the more likely the individual will suffer extended health complications throughout life, even after the behavior ceases.

To complicate matters even further for people with eating disorders, when individuals who have abused stimulant laxatives stop using the medication, they can experience quick weight gain due to rehydration. This fast weight gain can trigger additional binging, purging, or calorie restriction behaviors. When people start using laxatives, they can find it very difficult to stop.

Signs and Symptoms of Laxative Abuse

When laxative abuse is a part of an eating disorder, treatment from a team of experienced medical and mental health professionals, registered dietitians and counselors is crucial to recovery.

Initially, patients need to be rehydrated and body electrolytes and minerals stabilized. This process should be carefully monitored by medical professionals with expertise in eating disorders.

Since laxative abuse also has a psychological component, support from healthcare providers, therapists and family is also important. People who have abused laxatives may feel the urge to start using them again. Developing healthy coping skills, self-confidence and self-acceptance as part of a comprehensive eating disorders treatment program is important in helping people embrace their bodies as they are and resist relapsing.

As individuals return to more normal eating, dietitians can help with eating plans that prevent constipation. Drinking plenty of fluids, slowly increasing fiber in the diet through eating fruits, vegetables, whole grain breads and whole grain cereals, and exercising regularly are each important. All of these steps can get the intestines working and help keep you “regular.”