What are the Symptoms of Bulimia?

Many people ask us, “what are the characteristics of bulimia?” Adults and adolescents struggling with bulimia nervosa may often consume unusually large amounts of food (binge-eating), followed by a behavior that compensates for the binge, such as purging (vomiting, excessive use of laxatives or diuretics), fasting and/or excessive exercise. This bulimic binge-and-purge cycle may be repeated several times a week or, in more serious cases, several times a day. People with bulimia often suffer from these symptoms:

People struggling with bulimia often experience negative emotions like anger and fear, shame and anxiety that become attached to their behavior. Many can’t figure out why they keep binging and purging despite the toll it takes on their physical, emotional and spiritual health. As a result, they often feel helpless—even if they’ve enjoyed success and accomplishments in other areas of life.

Bulimia Nervosa is a disease that doesn’t have a single cause, so there’s no single way to cure it. Bulimia can be caused by the intersection of a wide range of factors. None of these factors, by itself, causes someone to develop bulimia. Yet research points toward several issues that might work together or separately to cause someone to develop an eating disorder like bulimia nervosa. These include: 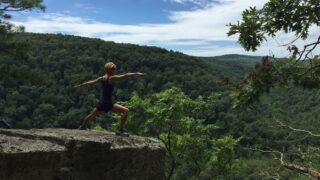 I’m Alive Because Of Rosewood 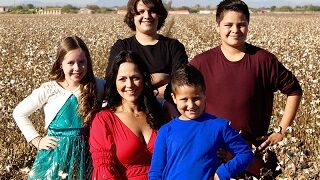 Side Effects of Bulimia

Because bulimia nervosa is a mental health disorder, some of the most common side effects of bulimia nervosa are mental and emotional. Such common effects include anxiety, depression, and obsessive-compulsive disorders. Further, individuals with bulimia are particularly at risk for substance abuse issues and even suicidal behavior. People with bulimia will typically attempt to binge and purge the food they’ve consumed in secret, which can add to their feelings of anxiety and stress and reinforce a feeling of shame.

Not only are the effects of bulimia psychological in nature, but there are also a variety of physical side effects of the eating disorder. Bulimia can affect the circulatory system in several ways. Purging on a regular basis can cause dehydration in the body, which can subsequently result in extreme fatigue, weak muscles, and dry skin. Further, when vomiting is used as the purging method, the body’s electrolytes will be thrown out of balance resulting in low levels of sodium, magnesium, and potassium. This is extremely dangerous, and can lead to an irregular heart beat and even heart failure. Further circulatory side effects of bulimia include low blood pressure, anemia, and a weak pulse. Bulimia can also impact the digestive system. Initial side effects include a sore throat and stomach pain. However, as an individual continues down the dangerous cycle of the eating disorder, additional side effects will be present in the digestive system. Vomiting on a regular basis is dangerous, as the high acid content in vomit has the ability to damage teeth, increase tooth sensitivity, and lead to gum disease and enamel erosion. Someone with bulimia may also exhibit puffy cheeks and jaws, which are both side effects indicating swollen salivary glands. While some with bulimia will use vomiting as a way to purge, others turn to diuretics, laxatives, or diet pills. Overuse of such medications can lead to a reliance on the products to have a bowel movement. Further, misuse of a diuretic can cause problems with the kidneys, as well as bloating, constipation, and diarrhea.

What are the Risk Factors for Bulimia?

Here are several factors that correlate with, but do not specifically cause, a higher risk of developing bulimia:

Thanks to everyone who stepped in and stepped up to help save my life.