Eating disorders, including anorexia nervosa, bulimia nervosa, and binge eating disorder, are common types of mental health disorders that affect more people than is generally known. By one likely-conservative estimate, as many as 20 million people in the United States alone will experience an eating disorder at some point in their lives. In contradiction to prevailing stereotypes, eating disorders can affect people of all genders, ages, races and ethnicities, and people from all income levels. The chances are, if you’re reading this, you know someone who’s either in or needs eating disorder treatment. Even more likely, you can accidentally say something triggering or offensive to someone you didn’t know is suffering from an eating disorder.

Most people want to be helpful and supportive of anyone that’s dealing with an eating disorder or another mental health condition. However, even those with the best of intentions should be careful about what they say to people struggling with eating disorders. These kinds of unwittingly triggering statements can keep myths about people is in eating disorder recovery going, or even worsen their self-image.  After experiencing eating disorder treatment, recovered individuals certainly don’t need to be coddled, but knowing what kinds of statements might be harmful can go a long way toward affirming their recovery.

With this in mind, here are several things to say (and some things to make sure you don’t say!) to someone in recovery from an eating disorder.

Eating disorder recovery is no easy process. It takes considerable conviction and strength to take the steps to get better. Once a person has finished treatment, they need to take the recovery lessons they’ve learned back out into the “real world” without the constant support of the treatment team. If they’ve trusted you enough to confide their eating disorder past with you, it should be a great honor. You can repay that by letting them know how proud you are of their efforts at recovery. It shows you care and provides essential emotional support.

Don’t Say: “Oh, I could never do something like that!”

If a friend or loved one opens up about characteristic disordered eating behaviors like having binge eating episodes, self-induced vomiting, or using laxatives, you might unwittingly comment that you could never do something like that. Unfortunately, eating disorders often cause considerable shame and guilt about disordered eating. Even accidentally making fun of it when they are being so vulnerable can do more than hurt feelings. It can cause setbacks. Keeping control over disordered eating behaviors is a constant challenge – implying that those actions are “wrong” won’t help them stop. Insensitive comments like this may even compound the issue, making it less likely that the person will open up about their eating disorder to others. Open communication is key to successful recovery.

As someone who cares about a person in recovery, you might feel tempted to bring it up often to show how supportive you want to be. That’s a wonderful sentiment, but it’s not always the best way to proceed. People in recovery often want to focus on other things than their eating disorder when they’re out of treatment. While they’ll likely appreciate your effort to provide support, it’s just as likely they’ll want to talk about their favorite TV show or what’s going on at work rather than dive into their eating disorder yet again. By letting them know that you’re available if they want to talk, you can show your support without forcing the topic of conversation.

Don’t Say: “But you look so healthy!”

A person who makes this comment is usually trying to be helpful, trying to provide positive encouragement to their loved one now that they are in eating disorder treatment. However, distorted self-perception is a part of most east eating disorders. This form of body dysmorphia convinces a person that their body or weight is “flawed” or “wrong” To a person who is in eating disorder recovery, what someone else considers to be “healthy” might mean something else entirely to them. When someone you know has been struggling with distorted body image or an eating disorder, it’s best to pay attention to the cues they give you about their feelings on their weight, appearance, and so on. Even better – simply do not comment about their body or weight at all. This is a solid guideline for everyone, not only people with eating disorders, to be honest.

Although you shouldn’t discuss your friend’s eating disorder 24/7, it’s worthwhile to ask them occasionally how they’re feeling. Inviting someone to discuss their emotional state will help them build trust in others again. It will show that you are interested in their wellbeing and can provide a willing ear. When you’re having those conversations, also make sure you’re really listening. Take in what they have to say, and never show them that you’re judging. Non-judgmental responses include follow-up questions like, “Why do you feel that way?” or “Is there anything I can do to help?” “I” statements are also a good way to keep the focus away from being judgmental – “I think I understand…” is much better than “You’re being so…” when a person is feeling vulnerable.

Don’t say: “I can’t believe you have an eating disorder!”

The stereotype we mentioned also ties in here. As an example, most people don’t realize that men are not immune to eating disorders, and they are much more common in non-white populations than is frequently thought. Saying something like “I can’t believe this,” because the person doesn’t fit the boilerplate idea of an eating disorder sufferer invalidates their experience. It can also make them less likely to reach out for help if they are having a relapse.

Sounds too simple, right? Saying “I love you” is something you might do daily, without even thinking about it. However, people with eating disorders often struggle with feelings of worthlessness and a sense of being unworthy of love because of their weight. Although eating disorder treatment helps individuals recover self-worth and separate their self-esteem from their weight, it can always help to let them know they are loved. Be careful, though; make sure that your statement of love and support isn’t conditional. If you say something like, “I love you no matter what you eat,” you run the risk of putting the focus back on their body or weight. It’s better to simply say it, mean it, and show it through your actions.

A person who does not have an eating disorder may not understand the nature of anorexia nervosa or bulimia nervosa. They might not realize that they are serious mental illnesses – suggesting there is a simple solution is an insult to their intelligence and may even make the problem worse. A person with an eating disorder cannot just decide to eat more. Eating disorder facilities and psychiatric professionals are needed in most severe cases, and discussing these serious issues lightheartedly can counteract progress that has been made – it also might cause the person to feel even more shame and embarrassment. As with any interaction with a person with an eating disorder, you don’t want to trivialize the seriousness of the condition.

Getting Help and Getting into Treatment

The best way to help a family or friend with an eating disorder is to become educated about eating disorders. There are many online resources to take advantage of; most doctors and therapists can also provide referrals to specialist eating disorder treatment professionals. If you’re worried, learn more about what your loved one might be going through. Then, sensitively open up the lines of communication. Lend a supportive ear, let them proceed at their own pace, and ask how you can help them move towards recovery.

The last step is to reach out to an eating disorder treatment facility. Usually, a phone call is the easiest way to get started. The admissions specialists will help determine the individual’s treatment needs and start getting them in the correct program. You can most often choose between residential and day treatment programs, although if medical needs are severe, residential will almost always be recommended. In either case, your role should be to support your loved ones and listen to what they have to say about the process. Stay calm and gently motivate them to get help. Eating disorder recovery isn’t an easy process, but hope is always there. 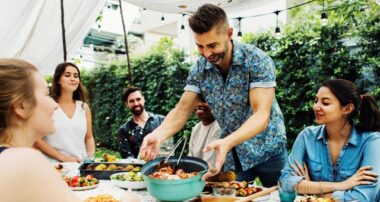 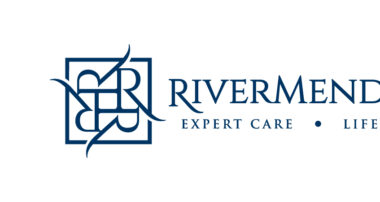 I recommend Rosewood to everyone who is struggling with an eating disorder, especially if you are struggling with other things such as trauma and anxiety. Rosewood staff know how to help you and will be there for you 100% along your journey!