The insights below are modified excerpts from Dr. Dena Cabrera’s book, Mom in the Mirror: Body Image, Beauty, and Life After Pregnancy (available on Amazon), a book that Dr. Cabrera wrote in her personal time that is designed to help mom’s develop and model a positive body image and sense of self for their children. Video presentations from Dr. Cabrera’s continuing education courses can be found here.

Formerly the Training & Education Director of The Rosewood Institute, Dr. Cabrera now serves as the Clinical Director of Rosewood Centers where she manages the day-to-day activities of our residents and staff. Dr. Cabrera also speaks regularly on behalf of Rosewood on eating disorder prevention and treatment at the national and international level.

When Your Son Turns Teen-Stranger

It is easier to withstand a teenage son’s coldness when you realize that it is not necessarily reflective of your parenting, but instead, reflective of the child-turning-teenager-turning-adult angst. A metamorphosis of sorts. Your son is growing and stretching and needing somehow to separate himself from you, to distinguish himself from you, in order to become who he needs to be, and this hurts. So when you are trying to bridge the gap between, and are met with stony glances or bedroom doors, don’t turn to the fridge. Remember to be kind, because as Plato says, all of us are fighting a battle. The teenage years are a growth spurt of mammoth proportion, and every period of growth includes feeding and hibernation. Feeding off friends and music and art and computer games, and hibernating in silence, away from those that know you best.

It’s like deciding what one believes; you can’t ride the coat-tails of your parents your whole life. Well, you could, but it would look pretty ridiculous, so at some point, your child needs to let go and learn to walk on his own. Like any developmental stage, it is one step further in independence, and something you, as a mother, both want, and resist. After all, your son feels like your personal possession. Like he belongs to you. With this in mind, it’s easy to become bitter when your baby begins to pull away and establish his independence. Again, it’s all about perspective. About the gratitude attitude, about seeing this son as a gift, and remembering that gifts are just that. All of our children are their own people who we have the privilege to guide and care for during their early years in life. Nevertheless, as much as we may spiritualize, compartmentalize, or philosophize about the teen years, there is no denying: they suck.

“Of all the counseling I’ve done and from my reading I can say… oh, my, age 13 can be a hard year,” said late counselor and author Jean Lush on the Focus on the Family program, “Mothers and Sons.” “I’ll give you an example from our family. This mother noticed her son was in a bad mood and she said, ‘Oh, do come over and see these photographs and help me choose which one I’ll use for Christmas. They’re photos of myself.’

“A little boy achieves male maturity over his mother’s dead body… He doesn’t just kill her; he ‘stabs’ her slowly.

“Let me explain. I think many little boys are afraid of the male thing ahead. Not all of them are like this of course. Some just sail through, but there are others that ask anxiously, ‘Will I ever become a proper male?’ In those cases, the mother is in his way. If she is too close, the child may feel swallowed up by her. After all, she is a woman. She stands between him and being a man. The boys who struggle most are sometimes the ones who have had the closest relationship with their mothers.

“So what do they have to do to get her out of the way? They have to ‘kill’ her. Killing is the little boy who said, ‘Your breath stinks.’ This was his way of establishing his masculinity. That episode was very hard for the mother, who felt rejected and wounded by her son, but it was a transition they had to endure.

“Mothers whose sons suddenly go through this kind of alienation are inclined to ask themselves, ‘What am I doing wrong? I don’t know what to do. The kid is a little tyrant.’ Well, hang in there. Better days are coming.”

During this time of extreme testing, be good to yourself. As far as it is possible, do not take out your anxiety on food or work or exercise, but instead take time to turn inward and get centered. Keep your door ajar and make an effort to truly see your son. Open your eyes wide and observe when your son needs a hug, when he needs time alone, when he is hungry or tired or lonely. And don’t preach. Just open your arms and your ears, and listen. Even when it hurts; even when he’s telling you things you don’t want to hear, just listen. You’ve spent so many years, up until this point, teaching your son right from wrong, it’s time to trust. We realize you can’t trust your children completely, but you can try—and believe it or not, they will want to honor you for trying. There is One who cares for your children more than you ever will, and he is watching out for them. And even when your children let you down, he never will. 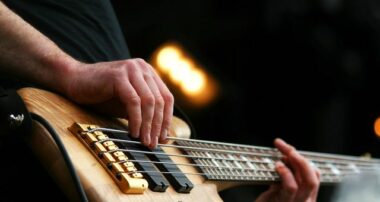