ARFID (also known asavoidant/restrictive food intake disorder), is a mental health illness recently included in the DSM-V in which a person will compulsively avoid eating certain types of food or entire food groups. In severe cases, they are not able to eat enough to meet their body’s energy and nutritional needs. Unlike anorexia nervosa and many other eating disorders, a fear of gaining weight is not a central component of ARFID

What Are the Signs and Symptoms of ARFID?

If you’re concerned a loved one is developing ARFID, here are some signs to watch out for. Bear in mind, in the initial stages, the behavioral symptoms are the easiest to spot, while the physical symptoms not appearing until the disorder has progressed significantly.

The first behavioral sign of ARFID is a refusal to eat certain kinds of food. The food that’s refused is not set in stone, but the person often considered them unhealthy or unclean in some way. The outright refusal may appear as picky eating at first. Over time, the refusal to eat may extend to other, similar foods or food in the same food groups.

The person with ARFID might slowly develop food rituals, pushing the undesired foods around the plate, or refusing to eat other foods if they touch the undesired foods. It may also start to affect the person’s social lives as well, as they may stop trying to eat out with family and friends. Over time, social isolation may increase as the person declines social instances where meals are taken in groups.

In the short run, it can be difficult to observe any physical changes. However, if the disorder becomes more severe, there may be dramatic weight loss and nutritional imbalances. With low body weights and malnutrition, individuals may start to wear layers of clothing to cover up the weight loss. The extra layers also help with the cold intolerance that arises due to malnutrition.

Other physical signs of ARFID include:

In the most advanced cases, menstruation might stop, and various organ failures can be present, including the heart and kidneys. At this point, extensive medical attention might be needed.

Avoidant/restrictive food intake disorder has the potential to occur simultaneously or even trigger other forms of mental health disorders. Anxiety about certain foods tends to arise first, only with irrational ideas that the food may make them sick or be otherwise unhealthy, but over time a full-blown anxiety disorder may develop.

Many people also develop a fear of choking on the food if they force themselves to eat it. Pressure to eat undesirable foods can worsen this fear and cause additional distress. Usually, the anxiety is not initially centered around a fear of gaining weight, like with other eating disorders, but a co-occurring anxiety disorder is always a risk.

Although treatment experts do not know exactly what causes ARFID, some risk factors increase the likelihood of it developing. There are several presumed causative factors, including

Before treatment can start, however, eating disorder specialists have to make an accurate diagnosis. A psychiatrist or eating disorder treatment center should be consulted, at which point they will conduct an assessment to determine the nature of the disorder and design a treatment plan to facilitate recovery.

Once people start working toward eating disorder recovery in day or residential treatment, the care process will revolve around several therapy models, including:

While using therapy to process feelings and learn how to cope, individuals will learn how to become more mindful about their inner workings. The mindfulness practice will give them a chance to assess how they are feeling in the moment and see why that is. Then, they can use that information to resolve their fears and work through barriers to recovery.

Mindfulness is often paired with meditation to help open up the mind and connect with the body. The meditation sessions also help bring peace to anxious individuals as they work on becoming fully recovered from a selective eating disorder. 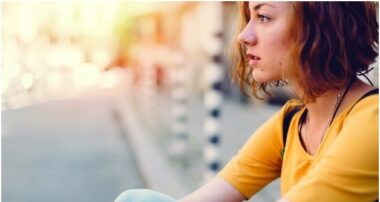 Dust yourself off, and get back up immediately, don’t use it as an excuse to continue to stay down.