The event is hosted twice a year by the Eating Disorders Coalition for Research, Policy & Action, a nonprofit organization made up of eating disorders treatment centers and national eating disorders associations. The coalition aims to increase understanding about eating disorders among policymakers and the public, and advocate for increased resources for education, prevention and training.

Participants spend the day on Capitol Hill in meetings with members of Congress and their legislative aides who deal with health policy issues. From getting a behind the scenes view of Capitol Hill to sharing their personal stories, all agree it’s a powerful experience.

“By using my voice, I was allowed to share my experience with members of Congress and their staff to help them understand how important these issues are and that we need things to change before more people die from this deadly disease,” said Cheyenne Willis, who participated in last year’s National Advocacy Day. “Our presence made a difference because they truly listened to us that day.”

Delegations from each state, which can include eating disorder professionals and those in recovery, typically meet with members of Congress from their home state to request support for specific laws that impact people with eating disorders. In 2016, the group successfully advocated for passage of the 21st Century Cures Act, which prohibits insurance companies from refusing to cover residential eating disorders treatment when medically necessary, and calls for better education of health and school professionals in identifying eating disorders.

“After our conversations, eating disorders were no longer limited to a statistic, but were represented by real human beings,” said Dena Larsen Gazeley, who has met with Arizona Senators Jeff Flake and John McCain. “What I enjoyed most was the moment of connection, comprehension and empathy that was shared between my story and the members of Congress and their staff.”

The law was inspired by Anna Westin, who died at age 21 after a long struggle with anorexia. After her death, her mother, Kitty Westin, spent 17 years fighting for legislation to mandate better insurance coverage for eating disorders.

Yet, despite the passage of the law in December 2016, many of its provisions haven’t been implemented yet. During the April 24 meetings, the group will remind legislators of the urgency of fully implementing the law, particularly training health professionals to identify eating disorders and intervene.

One Rosewood alumni found that almost everyone she spoke to knew someone who struggled with an eating disorder. “Each aide had a personal connection to eating disorders. They were genuinely interested in learning more, asked questions, and were fully engaged,” said Ashley Law. “It ignited my passion even further to continue to raise awareness and fight for those still struggling. It was truly inspiring.”

Added Cheyenne: “I felt as if I was finally heard for the first time in my life concerning these issues connected with my eating disorder, and since doing this, it has opened up a different side of me to share so much more with others that I hadn’t shared before.”

Rosewood alumni also enjoyed meeting and networking with other participants who have walked a similar path with eating disorders and are now using their experiences to advocate for those who are struggling. “Those halls represented something more than just bills or Congress members. It was bigger than me. It was an immense honor to be there to share my experience, but to also see and meet and hear all the powerful stories of true courage and bravery,” said Winter Groeschl. “The souls who have fought and won one day at a time against their eating disorders. It was a privilege to stand with them and share our truth.”

You don’t have to go to D.C. to participate in National Advocacy Day! Use the Eating Disorders Coalition’s online legislative tool to quickly and easily send a message to your U.S. Representative and Senator to support eating disorders research and treatment. The more messages received by members of Congress that day, the greater the impact! You can choose to lend your support to specific bills that the coalition is advocating for, or compose your own message. 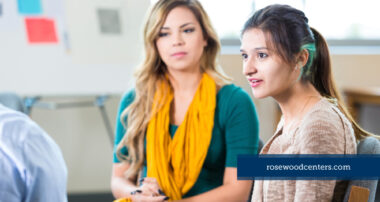 I know that no road is easy, however I am okay. I am okay with being me, I have healed & I have chosen recovery.