Most parents can remember what life was like in their early adolescent years. They had to deal with changing bodies, navigate school and sports activities, juggle their social events and so much more. During the teen years, it’s completely normal to think a lot about how one’s body looks and compare it to others. Forming a positive body image during this time can result in high self-esteem, but if young people develop a negative body image, they are more likely to experience low self-esteem and other long-term issues — including the development of common eating disorders. While body image in teens can be a difficult topic for parents to approach, knowing how their children are feeling is essential for eating disorder prevention and early intervention.

What Is Body Image?

Body image is something that can frequently change throughout a lifetime. Body image is also closely connected to self-esteem and positive lifestyle choice. When people feel good about their bodies, they are much more likely to experience feelings of high self-esteem and positive mental health. Additionally, people with a positive body image tend to have a balanced attitude towards food and physical activity. A positive body image in adolescence can help to lay solid foundations for good mental and physical health as children grow into adults. On the other hand, a negative body image in teens can be accompanied by long-term psychological and physical health consequences.

How Does a Negative Body Image Relate to Eating Disorder Development?

Most body image concerns begin at a very young age and can continue throughout one’s life. Research shows that body image in teenagers should be a big concern for parents, with 40 to 60 percent of girls aged 6-12 reporting that they are concerned about their weight. While there is no root cause for the development of eating disorders, people with a negative body image are more likely to experience feelings of depression, isolation, and disordered food behaviors that can develop into conditions like anorexia nervosa and bulimia nervosa.

Teenage Girl Body Image Concerns Every Parent Should Look Out For

It is perfectly normal for children to become conscious of their bodies in adolescence and want to look their best. But when teens begin to focus too much on their bodies, it can result in stress and anxiety. If parents believe that their teens are experiencing any of the following warning signs, they should speak to them about their concerns and consult a medical professional.

What Are the Causes of Negative Body Image?

Experiences in childhood are the most common causes of negative body image. As an extreme example, being bullied at school for one’s weight can lower self-esteem and spur lifelong concerns about body image. However, more subtle experiences can cause dissatisfaction with one’s body as well. Many people in treatment for eating disorders explain that they received pressure to lose weight from an early age from parents and even doctors. Please note that these kinds of experiences are usually not cruelly intended – weight bias in healthcare is an ongoing problem – but nevertheless, they can cause problems later down the line.

In childhood and adolescence, there is an intense need to “fit in.” If a person is underweight or obese during these years, they may feel separated from the crowd, even if no one pressures or bullies them. This “self-imposed peer pressure” causes quiet suffering; the individual might feel they don’t have anyone to talk to about their negative feelings. It might also cause a dieting cycle that increases body dissatisfaction and negative feelings about weight.

What Are Triggers for Intense Periods of Negative Body Image?

Just as they could be causes of negative body image, specific instances of pressure to lose weight or bullying can trigger intense feelings of body negativity. As mentioned earlier, less overt experiences can also trigger self-image negativity. Situations like picking out a prom dress or swimming in gym class can also trigger comparisons between oneself and others, which is a common precursor to disordered eating. If a person is already feeling negative about their body, something as simple as seeing a photo of themselves can trigger further self-esteem problems.

All the experiences we’ve mentioned so far have been person-to-person ones. However, the media we experience has a tremendous effect on the way we perceive ourselves. The images we see in magazines, TV, and movies – and even descriptions of people in print – influence the way we see ourselves. They emphasize certain physical qualities (thinness and pronounced secondary sex characteristics in women, and leanness or muscularity in men) that promote an unrealistic body ideal.

The simple fact is that those body types are unattainable for most people. After all, who can compete with a professional model that spends 24 hours a day cultivating that image? Even more problematic is the fact that many images are significantly altered or manipulated by CGI. While this can trigger feelings of low self-esteem or a desire to lose weight in any person, for a person with a negative body image, it can be crushing. Worse, it triggers dieting efforts that can lead to disordered eating behaviors like restriction or purging.

Social Media and the Fitness Industry

Any discussion of triggers for negative body image has to take the rise of online media into account. There is a plethora of websites, social media communities, and online business for virtually any interest, and weight loss and “fitness” is certainly no exception. The constant availability of these sites has taken the sometimes triggering presence of the media and brought it into our day-to-day, and even minute-to-minute lives. For teens and young adults, who spend more time online and on social media than ever, this constant presence brings the triggering images into sharper perspective.

Recent news about Facebook and Instagram has only solidified what many people thought about social media being a negative influence on teenage girls (although it should be noted that boys and gender-neutral teens are also heavily impacted by visual apps like them).

US Congressman Richard Blumenthal testified that “Our research shows right now, in real time, Instagram’s recommendations latch on to a person’s insecurities, a young woman’s vulnerability, about their bodies and drag them into dark places that glorify eating disorders and self-harm.”

In fact, an entire industry has sprung up online focused on triggering and then taking advantage of negative body image. The “wellness” and “fitness” industry depends on making people feel unhappy about their bodies. They can then provide “solutions” that keep people coming back for more. Although eating well and exercising are laudable goals, these sites and groups often trigger disordered eating, and often provide a socially acceptable way to hide them. In an interview in Vice, eating disorder patient Ruby Tandoh recounted how a focus on “healthy” and “clean” eating and “lifestyle” enabled her to hide her increasingly disordered eating and deflect concerned peers.

Negative Body Image in Adolescence: When to Seek Treatment

Negative body image can result in the development of an eating disorder. If parents have concerns about their child’s health after speaking with them about changes surrounding body image in adolescence, seeking a professional diagnosis is an essential next step. Your doctor or therapist can usually make a referral to a specialized eating disorder facility – body image rehabilitation is one of the core programs at virtually every one of them. Calling in and speaking to an admissions specialist will help them facilitate a treatment plan. If you or your loved one is struggling with a negative body image or an eating disorder, don’t lose hope. Recovery is possible. 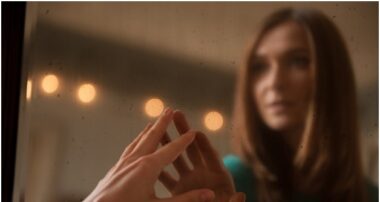 What Are the Causes, Triggers, and Impact of Negative Body Image in Adolescents? Read article » 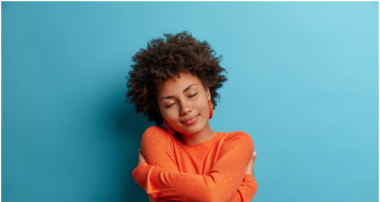