Despite a wave of Hollywood films, TV specials and books focusing on the potentially deadly health risks presented by eating disorders, a new study reveals that many Americans don’t view anorexia, bulimia, binge eating and other eating disorders as the life-threatening mental illnesses they are.

The January 2018 study conducted for Rosewood Centers for Eating Disorders by Ipsos Public Affairs found that:

“Eating disorders are among the deadliest of all mental illnesses,” counters Dr. Dena Cabrera, executive clinical director for Rosewood Centers for Eating Disorders. “Without treatment, up to 20 percent of people with serious eating disorders die. And yet, most people with eating disorders don’t seek treatment – some feel they can recover on their own; many others fear the stigma that our society has placed on the disease. To save lives, this survey reveals that it’s time we change the way America looks at eating disorders.”

“There are myriad ways we can all advance America’s understanding of how serious eating disorders are, and that there is help,” Cabrera said. “From learning the signs, symptoms and causes of eating disorders, to encouraging someone you may suspect of struggling with an eating disorder to get screened by a qualified health professional, we can all take steps to spread the word and, hopefully, save lives.”

About the Rosewood Study
These are the findings from an Ipsos poll conducted January 3 – 5, 2018 on behalf of Atlanta-based RiverMend Health, which operates Rosewood Centers for Eating Disorders. For the survey, a sample of 1,004 adults ages 18 and over from the continental U.S., Alaska and Hawaii was interviewed online, in English. The precision of Ipsos online polls is measured using a credibility interval. In this case, the poll has a credibility interval of ± 3.5 percentage points for all respondents surveyed.

About Rosewood Centers for Eating Disorders
Rosewood Centers for Eating Disorders is one of the first and most experienced programs in the United States providing comprehensive care for those struggling with anorexia, bulimia, binge eating and co-occurring disorders. Our treatment programs are led by renowned experts Dena Cabrera, Psy.D., CEDS, and Amelia Davis, M.D. Clients choose Rosewood for superior medical and psychiatric treatment, innovative therapies, individualized aftercare, alumni support and family involvement. With locations in Arizona and California, Rosewood offers all levels of care for men, women and adolescents, providing individualized treatment to match the unique needs of our patients. 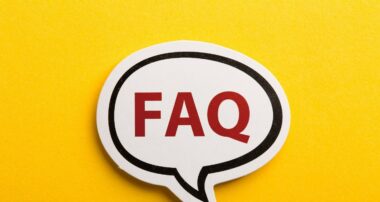 Rosewood changed my life around completely. Thank You Rosewood for giving me my hope back and teaching me how to believe in myself once again.