Anxiety is a well-known, common, and often debilitating mental health disorder that affects millions of American men and women – and so is binge eating disorder. Among the most common form of mental health disorders, Binge eating disorder is a behavioral disorder in which the individual frequently engages in binge eating sessions and feels a loss of control concerning their eating. These sessions, usually done in private, include eating large amounts of food in a short amount of time, often past the point of satiety or even physical discomfort.

These two disorders quite frequently afflict the same person at the same time, which is known as a co-occurring disorder or a dual diagnosis. Since both disorders can have difficult physical and emotional consequences if not treated, people with one or both need to seek out help sooner rather than later. What’s more, that treatment has to take both disorders into account, as they often influence and exacerbate each other.  So what’s treatment like for an anxiety/binge eating disorder dual diagnosis?

Although binge eating disorder does not involve purging or extreme calorie restriction as found in bulimia nervosa or anorexia nervosa, it can be as dangerous as either of those more well-known disorders. It’s also more common than either of them – binge eating disorder has a higher incidence than any other eating disorder. It affects men and women about equally, at about a rate of 40/60, respectively. This makes the need for treatment focused on all genders even more prominent when it comes to this disorder.

How Does Anxiety Affect People?

Anxiety, which comes in many forms, affects millions of people in the United States alone. Ranging from severe psychiatric disorders like OCD and panic attacks to more frequent maladies like social anxiety and PTSD, anxiety disorder has a severe effect on a person’s psycho-social wellbeing. They are often treatable through a combination of medication and therapy. Some of the physical symptoms of general anxiety disorder include:

Anxiety disorders are not always generalized. They might focus on social situations, as in social anxiety disorder, or center around a specific phobia. PTSD is also a type of anxiety disorder, caused by reactions to a traumatic event. It’s the most common trigger for binge eating and other disordered eating behaviors.

These can lead to heart problems like palpitations, arrhythmia, and heart attacks. Upset stomachs and other gastrointestinal problems are also very common in people with anxiety disorders. Anxiety can cause many problems for people at work and school and in other social situations – even when with people close to them like family and close friends.

Feelings of anxiety are difficult to manage; many people who aren’t being treated use destructive coping mechanisms to deal with them. Often, these include substance abuse, but other behaviors like binge eating or self-harm are not unusual. These compulsive behaviors temporarily alleviate the negative emotions but cause more harm in the long run. That’s where treatment comes into play.

While every center is different, modern, effective binge eating treatment centers offer many different levels of care. They’ll normally offer live-in (residential) programs for more intense or severe cases, and day treatment (outpatient) programs for people who need more flexibility of scheduling and as a step-down from residential care.

After a full psychological and psychiatric assessment, the center’s therapists will work with their clients to design a personalized treatment program. For anxiety/binge eating disorders dual diagnosis cases, best practices are implemented for both disorders – treating one without treating the other can risk worsening both disorders and is counterproductive.

Anxiety symptoms can derail the efforts of people in binge eating disorder treatment, so their management is imperative. Mindfulness, the state of experiencing the moment, is central to addressing persistent anxiety disorders. These techniques are often used to treat both anxiety and binge eating disorder:

A frequent symptom of an anxiety attack is shortness of breath and difficulty breathing. By practicing deep breathing techniques, it is possible to counteract these difficulties. Individuals will learn how to properly inhale, hold, and exhale each breath to calm the breathing and alleviate the anxiety.

Practiced under various names in various cultures over centuries, meditation is the central methodology of virtually any mindfulness program. This practice helps promote emotional regulation by clearing the mind and living entirely in the moment.It allows people to observe their thought patterns without judgment, eventually identifying and avoiding disordered thoughts and emotions.

Distraction is another way to relieve the sensations that anxiety symptoms bring. Hobbies like painting, playing an instrument, or even playing board games can provide distraction and a place to channel one’s activity.Many eating disorder treatment programs include both regular art and music therapy sessions which encourage introspection and engaging in a fun hobby. There may be excursions to the theater, an art museum, or even movie nights.

The feelings of worry and disquiet that accompany anxiety disorders, and precipitate the disordered actions that define binge eating disorder, are often nebulous and hard to define, even for the person experiencing them. Journaling, which is par for the course in most therapeutic methodologies, allows that person to put these vague feelings into more concrete words. This often brings a deeper understanding of the self, as well as a clearer perception of how and why disordered emotions affect them.

With co-occurring binge eating disorder and anxiety disorder treatment,people can effectively address both issues simultaneously. The treatment of all co-occurring conditions makes it easier for them to purposefully work toward becoming recovered. If either disorder is not treated, however, individuals run the risk of one or both getting worse or coming back. The coping skills and other techniques learned in binge eating treatment can continue to pay dividends after they graduate from the program and transition back home. 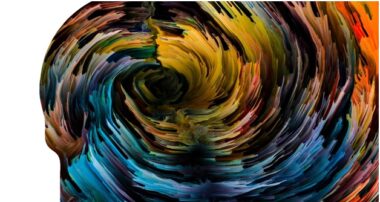