“Diabulimia” is an unofficial name for a mental health condition where a person with type-1 diabetes purposefully uses less insulin or none at all in an effort to control their weight. This combination of mental health and physical disorders is among the most dangerous types of disordered eating behaviors and can lead to myriad health concerns, including coma and death. Here’s we’ll explore the signs and symptoms of diabulimia, what the health concerns are, and what kinds of treatment can help spur recovery.

As opposed to type 2 diabetes, which is caused by poor nutrition and lack of exercise later in life, type 1 diabetes begins in infancy. Diabetes is a condition where the pancreas does not produce enough insulin. Insulin is important in helping the body’s cells to create energy and process foods into fuel. People with type 1 diabetes usually have to take insulin regularly to regulate their body’s energy and nutritional needs.

Diabetes can cause a wide array of negative health effects, including:

Bulimia nervosa is a well-known and common eating disorder in which the individual engages in binge eating episodes followed by efforts to purge the calories taken in during those episodes. In some cases, the individual will purge following every meal, and not just after a binge eating episode. The most common form of purging is self-induced vomiting, but other methods include laxative abuse, abuse of “diet pills,” and excessive exercise.

Bulimia nervosa is a dangerous mental health disorder that encompasses several mental health issues; these can make it difficult (but not impossible!) to treat. These can include co-occurring disorders like depression and anxiety, as well as body dysmorphia (a distorted self-perception that manifests as feeling “fat” or “overweight” despite extreme weight loss), low self-esteem, and a compulsive need to be “perfect.”

However, for people that have both type-1 diabetes and bulimia nervosa, they may begin to lessen the amount of insulin they take or stop taking it altogether. Although “diabulimia” is not officially listed by the DSM-V as a diagnosable condition in its own right, insulin omission is considered a purging behavior by the diagnostic manual. Since sudden weight loss is a symptom of low insulin, forgoing their regular insulin intake causes people with diabulimia to purge weight without resorting to vomiting or another method.

Some emotional and behavioral signs that a person had diabulimia are similar to those of bulimia nervosa; others are specific to the former condition. In both cases, the individual is liable to have a negative or skewed body image, low self-esteem, and a troubled relationship with food and eating. They may feel anxious or awkward when eating, especially at shared meals and in public. People with bulimia nervosa may also:

The behavioral signs of a person with diabulimia might include any or all of the above, but there are some indicators that are unique to insulin restriction:

Many of the health consequences of diabulimia are similar to those of untreated diabetes type 1, but the omission of insulin in addition to the food intake restrictions of many people with bulimia nervosa can accelerate and exacerbate them.

Some short and long-term consequences of diabulimia include:

Most residential or outpatient eating disorder treatment centers are experienced in treating diabulimia to some extent, but special considerations are usually required. While specific mentions of body weight are usually avoided in cases of bulimia nervosa, this is medically unwise for people with type 1 diabetes. So, while cognitive retraining exercises like CBT or DBT, or group therapy sessions, or mindful movement classes might be included in a diabulimia treatment program as they are with a bulimia nervosa program, there needs to be a specialized medical component.

Since diabulimia is medically very dangerous, residential recovery programs are often the better choice until insulin intake is re-established and regulated. With 24/7 medical and psychological oversight, people with diabulimia can count on support if their physical symptoms worsen. Even more so than people with other eating disorders, people with diabulimia need medical as well as psychiatric team members, including therapists, medical doctors, nutritionists, and dieticians. 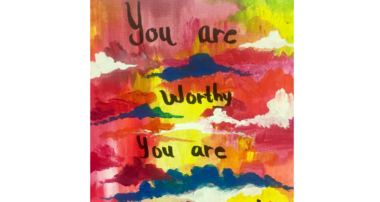 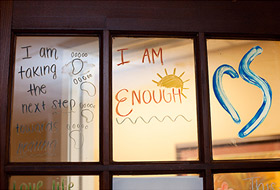 At Rosewood, there are people who want you to succeed and will love you until you love yourself.