Some people who suffer from eating disorders like anorexia, bulimia, or binge eating disorder also live with symptoms of Obsessive-Compulsive Disorder (OCD). It is important for those who live with both an eating disorder and OCD to receive comprehensive treatment that targets the disorders in conjunction, because there are sensitive circumstances to consider with both. Obsessive-Compulsive Disorder (OCD) is a mental disorder characterized by an overwhelming and uncontrollable need to repeat behaviors and thoughts over and over. People with OCD develop rituals that they feel compelled to continuously perform which commonly manifests into frequent hand washing, hoarding, counting and other odd tics and routines. To those living with OCD, these repeated thoughts and behaviors can seem unreasonable, but also very real, intense, and true. OCD rituals can become so consistent and time consuming that it negatively impacts a person’s daily life in a very powerful way. OCD can infiltrate a person’s life so much that the behaviors become innate, lasting decades if gone untreated. The effects of OCD can even result in self-harm or suicide in very serious cases. It’s important to seek professional, medical treatment from a knowledgeable treatment facility that is experienced in diagnosing and treating OCD. No person should have to live life engrossed by these demanding, ritualistic, and life-consuming behaviors imposed by OCD. Rosewood Centers specializes in treating OCD coexisting with eating disorders through a comprehensive and integrated approach, combining holistic and medical techniques to heal all aspects of the self – mind, body, and spirit. Our treatment specialists and doctors are trained to recognize OCD as it relates to co-occurring disorder such as anorexia, bulimia, binge eating disorder, anxiety and panic disorders, PTSD and trauma, and depression. Our modules to treat OCD behaviors with eating disorders are proven and effective, treating each disorder at its root – not just the symptoms. If you or someone you love is living with OCD and eating disorders, we encourage you to seek medical counsel from an experienced center you trust. Help is available for lifelong recovery and relapse prevention.

People with OCD tend to develop rituals based around a certain set of obsessions. Obsessions are typically thoughts, mental images, and behaviors that a person with OCD does not want. These obsessions are typically very intrusive and make OCD individuals feel disgust, fear, doubt, or overall discomfort. Several people with OCD will try to counter-act these obsessions with what are called compulsions. Compulsions are response actions that develop as an escape from neurotic thoughts. Some people will rely on compulsions to also avoid situations that have previously precipitated an unwanted thought.

Scrupulosity. A common OCD obsession is scrupulosity, also known as a religious obsession. Individuals with this obsession are fanatically concerned with blasphemy, morality, and obeying God. Germs & Contamination. Another major OCD obsession is a preoccupation with germs, disease, bodily fluids, harmful chemicals, and dirt. Intrusive Perversion. Some individuals with OCD can have unwanted sexual thoughts, impulses, and urges. Perfectionism. People with OCD can also become overly obsessed with exactness and evenness. This obsession can also include a fear of losing things or forgetting important information, which could manifest into a propensity to hoard. Impulsiveness. Some people can also suffer from a fear of acting impulsively and losing control. They could fear impulses that are intended to harm others, steal, or speak obscenities and insults.

Compulsive Cleaning: Including washing hands, taking numerous showers, cleaning the house, frequently brushing teeth, etc. Mental Rituals. Mental compulsions develop primarily to relieve or “wipe out” perverse thought or fulfill a perfectionist-driven initiative. This could include constant praying, cancelling out a bad thought with a good thought, or counting patterns to end on a safe number. Repeating Rituals. People with OCD frequently engage in acts of repeating tasks, body movements, or other activities in specific ways and to certain extents until it “feels right.” 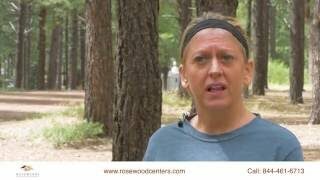 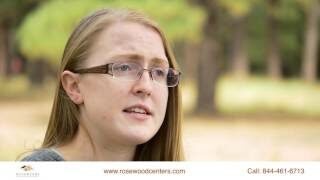 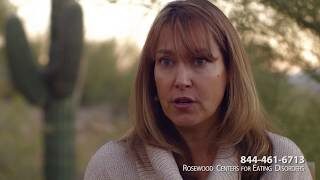 Though the exact cause of OCD is still uncertain, there is strong evidence to suggest that is involves a combination of genes and brain functioning.

Sometimes OCD can develop due to traumatic childhood experiences including abuse (sexual or physical), intense fear and distress, abandonment, or neglect. PTSD due to previous traumatic experiences can increase risk for developing OCD in the future. This cause is most common in OCD that onsets in adulthood versus in childhood or teenage years.

Researchers believe that obsessive-compulsive disorder runs in families and that genetics can play a part in its development. Research does suggest that inheritance of OCD is more likely to play a more influential role if OCD behavior onsets during childhood or teenage years versus as an adult.

There is a theory that suggests that people develop OCD based on fears they associate with objects or situations. The OCD behavior is used as a means to avoid things that scare them or to help reduce the overall fear. For instance, if an OCD individual is afraid of germs, he or she may perform cleaning rituals to public sinks before washing hands that could develop into a pattern of routine habits that permeate into other areas of life.

Although researchers are still unraveling the ways that OCD affects the brain, certain discrepancies in the brain composition are somewhat clear. People with OCD tend to have low levels of serotonin in the brain, the messenger in the brain that regulates sleep, appetite, mood, anger, and impulse. People living with OCD also tend to have differences in the prefrontal cortex structure located in the front of the brain. Because people with OCD have a slightly different brain composition, it might sound like there is nothing that can be done to treat this disorder. This notion is false. Thankfully with time, dedication, and professional treatment, OCD is largely treatable.

Rosewood Centers has extensive experience in treating patients with OCD that coexists with eating disorders such as anorexia, bulimia, and binge eating disorder. It’s important to seek guidance and treatment from practiced specialists with knowledge of both eating disorders and OCD, because OCD can be misdiagnosed as its symptoms can overlap with those of other co-occurring disorders. At Rosewood, we understand the complex nature of OCD and provide personalized eating disorder treatment plans for each patient, customized to meet his or her unique needs. Our treatment process for eating disorders with OCD begins with a thorough intake assessment to determine a patient’s medical history, current health, causal theories, and the presence of comorbid disorders. Our multidisciplinary team of doctors, specialists, psychologists, and nutritionists will use the insights obtained during the intake assessment to map out an individualized treatment plan for OCD and eating disorder recovery that will best serve each patient. Because OCD develops from both biological and environmental factors, effective treatment involves medications as well as proven therapies including cognitive-behavioral therapy, psychotherapy, group therapies and family therapies. Rosewood also provides an array of holistic techniques for OCD and eating disorder treatment to help patients restore their spiritual, emotional, and psychological health. Each patient has his or her own unique reason for coming to Rosewood, so each treatment plan for OCD and eating disorder recovery should be unalike. If you or someone you know is living with OCD and an eating disorder, please contact Rosewood at 1 (844) 334-7879. We would love to tell you about our treatment approach, facility amenities, or simply to answer any questions or concerns you may have regarding OCD.