We’ve all found ourselves preoccupied with feeling self-conscious about our appearance from time to time. Maybe you think your smile is crooked, your nose too big or your skin has too many flaws. Hopefully these are just passing thoughts and nothing more than a nuisance.

But there are people who think about their imperfections for hours on end each day. These pervasive thoughts interfere with their daily lives and cause serious emotional distress. Body dysmorphic disorder, or body dysmorphia, is a serious mental illness characterized by a persistent preoccupation with an imagined defect in one’s physical appearance. According to the American Psychiatric Association, body dysmorphic disorder often begins in adolescence around 12-13 years of age and occurs in 2.5 percent of males and 2.2 percent of females.

The International OCD Foundation reported that the disorder affects roughly 1 in 50 people, or 5 to 7.5 million people in the Unites States. The causes are not clear, but evidence shows that a genetic predisposition, chemical imbalances in the brain and life experiences may all play a part in the development of the disease.

The Facts About Body Dysmorphia

Body dysmorphia has created a bit of a buzz in the media lately when Kim Kardashian West recently made statements on her show Keeping Up With the Kardashians that she could have developed the disorder. “You take pictures and people just body shame you,” she said. “It’s like literally giving me body dysmorphia,” she commented. Although damaging, negative comments about someone’s appearance alone does not cause body dysmorphia. And the disorder should not be mistaken for someone who feels upset about their appearance from time to time. How can you tell the difference? To avoid throwing the term around loosely, it is important to understand the facts.

People with body dysmorphic disorder may:

If you recognize the signs and symptoms of body dysmorphia in yourself or a loved one make sure to ask for help. Treatment may include a combination of cognitive therapy and medications such as anti-depressants to get the symptoms under control. We all experience those moments when we wish we could change our appearance, but when these thoughts take over your life, it’s a serious mental health disorder that requires professional help. 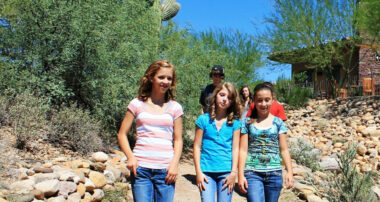