Although most people think of anorexia nervosa or bulimia nervosa when they hear the term “eating disorder,” the National Eating Disorders Association shows that binge eating disorder (BED) is the most common eating disorder in the United States.  Binge eating disorder symptoms are defined by binge eating episodes (in which a person eats a large amount of food in a short period), feelings of shame or and guilt following the episode, and a compulsion to repeat these behaviors repeatedly.  This and other eating disorders can result in severe health risks – in the case of BED mostly relating to obesity, and mental health complications such as depression, OCD, and even suicide.

The stereotype that eating disorders only happen to women has some small relationship to the truth; they do occur more often in women than in men. Recently, though, therapists at eating disorder treatment centers have seen an increase in men receiving treatment – largely because of changes in traditional gender roles as they apply to therapy.

How Is Binge Eating Disorder Different for Men?

The most important factor in the previous underreporting of binge eating disorder in men is a cultural one. For centuries and even to this day, men are less likely than women to express emotional distress or admit to mental health issues. Sadly, cultural influences lead many men to think that this would be a sign of weakness or failure. This reticence to admit that there may be a problem can lead to other difficulties unique to men with binge eating disorder:

What Are the Causes and Triggers for Binge Eating Disorder?

Binge eating disorder is a mental health issue and as such, there is no single cause that can always be identified, unlike, for example, a disease caused by a single virus. It’s usually caused by a combination of factors, which culminate in disordered eating behaviors. These might include:

A “trigger” in eating disorder treatment terms is a situation or feeling that impels a person to engage in one or more binge eating sessions. Although binge eating episodes can occur without a specific trigger, stressful or emotionally fraught situations can make them more likely to happen. These triggers are common in men, although not exclusive to them in the least:

How Can I Spot Symptoms of Binge Eating Disorder in a Loved One?

Some symptoms may require the help of a doctor or mental health professional to identify, but several are noticeable by the people closest to the individual in question:

A few sessions with a psychologist or psychiatrist who specializes in eating disorders will typically be enough to positively identify binge eating disorder in an individual. While most doctors aren’t experts in eating disorder diagnosis, they generally can provide a referral to a specialist. When the need for treatment has been confirmed, there are several options.

Binge eating disorder treatment is a combination of behavior modification, emotional regulation, and nutritional education. The main goals, after medical stabilization, are helping the client understand how their emotions drive disordered eating behaviors and how to replace those behaviors with more regular eating habits. Some Therapy techniques include:

Binge Eating Disordered Treatment Is Available for Men, Too

Although the term “eating disorder” is more often associated with women than men, people of all genders find themselves in need of treatment. If you or a loved one is struggling, don’t let societal expectations or gender roles stop you from seeking help. Binge eating disorder is quite treatable no matter your gender, and professionals are ready to help get you started on the path to recovery. Reach out today to begin a healthier, happier life free from binge eating disorder. 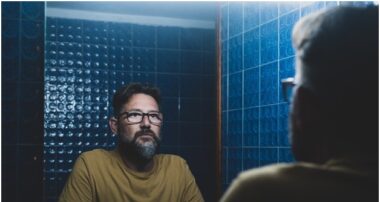