Anorexia nervosa, perhaps the most well-known type of eating disorder, is characterized by restrictive eating, an obsession with body weight and size, and sometimes excessive exercising. In both its typical and atypical forms, rapid weight loss occurs. It can result in the individual becoming severely underweight, as measured against the averages for their age, height, and sex. It can lead to serious and life-altering consequences if left untreated.

Extreme weight loss, malnutrition, and hair loss are among the prominent primary symptoms of advanced anorexia nervosa, but before determining if specialized anorexia nervosa treatment is needed, doctors and psychiatrists usually try to determine if other signs of the condition are present. Anorexia nervosa is a psychiatric disorder; usually, a psychiatrist is needed to make a complete diagnosis. However, medical, psychiatric, and psychological care are needed for a person to make a full recovery. Many behavioral and subtle physical symptoms may go overlooked.

While many people are aware of the more obvious symptoms of the condition, many lesser-known symptoms are important to be on the lookout for as well. Some of these include:

Anorexia nervosa is often less about food per se, but rather about establishing control over stressful situations. Someone with the condition may create certain patterns or rituals they do when it comes time to eat to both restrict the amount of food they are taking in as well as showing their ability to exercise complete control. Occasionally these rituals make it appear that they are eating more than they actually consume. Common rituals include:

People with the disorder are usually uncomfortable in situations where they are expected to eat in front of others. Often they will make excuses for not eating – for example, saying they already ate earlier, or they’re allergic to the food (although they really aren’t). It’s not uncommon for people with anorexia nervosa to enjoy cooking for others, which can be spurred on by perfectionist tendencies, and then telling their friends that they ate in the kitchen.

Substance abuse is not a symptom of anorexia nervosa per se, but it is a related disorder that is frequently observed in people with the disorder. Intoxicating substances like alcohol or cocaine cause the release of serotonin and other “feel-good” brain chemicals. In many ways, the rush of serotonin induced by disordered eating behaviors is similar to that provided by drugs or alcohol – in essence, it can act like an “addiction” to disordered behavior. Not surprisingly, addiction and substance abuse rates are higher among people with anorexia nervosa.

Most drugs, aside from alcohol, that are used are those that increase energy and suppress appetite such as:

When the majority of caloric intake is derived from alcohol, as can happen in extreme cases, the chances for premature death become much more likely. Normally treatment at a dedicated, medically-equipped eating disorder recovery center is necessary at this point, since the combination of alcohol withdrawal and decreased bodily function from anorexia nervosa can cause seizures, heart and organ failure, or death.

Damage to Hair and Nails

People’s hair and nails are among the first parts of the body to show symptoms of malnutrition and insufficient caloric intake. Cracking and brittle nails and inflamed nail beds can indicate that there is a problem, and the hair may become wispy and thin, even falling out in severe circumstances. This usually means the keratin that is found in protein the body normally consumes is lacking.

Perhaps counterintuitively, the lack of nutrients that cause hair to become brittle or think and to fall out also causes lanugo. This condition results from low body weight and lack of subcutaneous fat, which in turn causes low body temperature and a feeling of being cold all the time. Lanugo causes small, fine hairs to grow all over the body, which is thought to be the body’s attempt to insulate itself for warmth. After a weight- and nutrition-restoration anorexia nervosa treatment program, lanugo normally reverses itself.

Food restrictions and the resulting nutritional imbalance can cause hormonal imbalances that can have a powerful effect on behavior. The most commonly fluctuating hormones caused by anorexia nervosa include:

These hormones are used to regulate mood and behaviors, and when these hormones become out of balance, they can result in behavior and actions that are impulsive or sudden increases in activity similar to hyperactivity. Changes in brain chemistry can also bring on or worsen acute depression and anxiety disorders. The change in brain chemistry increases the risk of self-harm and suicide – the latter being many times more common in people with anorexia nervosa than in the general public.

Fatigue and Lack of Motivation

The body uses the food that it consumes as fuel to get it through the activities that it needs to complete during the day. When dropping below the proper nutritional balance, the body can become weak and fatigued, making physical activity more difficult. Compulsive exercise, a frequent sign of anorexic behavior, makes this fatigue even worse. It’s common for people with advanced cases to experience blackouts, fainting, or seizures. Eventually, the body begins to burn away muscle to keep functioning, which weakens the individual even more.

As much energy in the form of calories the body’s muscles and organs require, the most calorie-intensive part of the body is the brain. When fuel and nutrients are insufficient, the brain struggles to maintain its many processes. This can lead to noticeably decreased cognitive function and fatigue. The individual may show signs of confusion and forgetfulness. Often performance at work or school is affected as well.

Apathy and other symptoms of depression are also common when nutrition is substandard. Several psychiatric studies have linked emotional flatness or lack of emotion associated with anorexia nervosa, as well as debilitating anxiety. All these emotional and psychological effects are treatable through therapy and occasionally medication.

All the above symptoms sound devastating, and they can be – but don’t lose hope. The treatment of anorexia nervosa has increased in effectiveness by leaps and bounds in recent decades. Modern anorexia nervosa treatment programs include provisions for the emotional, medical, and nutritional needs of their clients. A multidisciplinary approach is most effective; being able to address all the different aspects of the disorder helps promote better outcomes.

Reach Out for Help If You Think There’s a Problem

If you think a loved one might be suffering from anorexia nervosa, it is important to look for some of the lesser-known symptoms listed above as well as the more common signs such as restrictive eating and increased exercise. It is important to watch closely for signs if it is suspected that someone has the condition since treatment at a proper anorexia nervosa treatment center can lower the risk of major health consequences from occurring. The sooner treatment is received, the better. Reach out to your doctor or therapist to get started – they can recommend a treatment facility that can help you get started on the path to recovery. 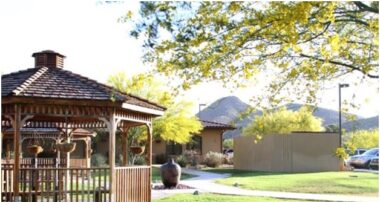 What Are the Must-Have Treatments for Anorexia Nervosa? Read article »
Get help now

I owe Rosewood so much. They gave me the life I have now. I love myself. I’m happy with who I am.