According to the National Association of Anorexia Nervosa and Associated Disorders, about 30 million people suffer from eating disorders in the United States alone, and anorexia nervosa is a prime example of these conditions. Anorexia nervosa is defined as restricting food intake to an extreme degree, to the point that there are negative consequences for the physical health of the individual. This is usually driven by distorted body image and a drive toward perfectionism – the individual desires to be “skinny” but sees themselves as “fat” no matter their actual body weight. Many people suffering from advanced anorexia nervosa have a wide variety of medical problems that must be treated in addition to the psychological treatment that is needed.

Before getting into the specific hormones that are affected by anorexia nervosa, let’s examine the thyroid gland. The thyroid controls the production of many types of hormones in the body, and if its function is disturbed, the body can experience a shortfall of these hormones. Conversely, an overabundance of certain hormones can also wreak havoc on the body’s functioning. In short, the thyroid is perhaps the most important gland in the body. Unfortunately, eating disorders like anorexia nervosa and their attendant nutritional imbalances can directly affect the thyroid.

Two hormones produced by the thyroid are thyroxine and triiodothyronine. These two hormones are created from iodine (Which can only be produced by the body by eating certain foods) which means if an individual is not getting enough food in their body, the thyroid does not have what it needs to create thyroxine and triiodothyronine. Both of these hormones are considered essential for the proper functioning of the body and the brain. For younger individuals, the lowered levels of these thyroidal hormones can cause delayed development.

One of the main hormones produced by the endocrine system is cortisol, sometimes called the “stress hormone” because the body releases it when a person is feeling pain or stress. In these situations, the hormone serves several vital purposes within the body. Cortisol can help with things like controlling blood pressure levels, regulating metabolism, and keeping blood sugar (glucose) levels in check. This can be especially dangerous in people who have type 1 diabetes, who already need to carefully monitor their glucose levels. A syndrome known colloquially as “diabulimia” occurs when a person with diabetes abuses insulin to stimulate weight loss.

If there is too much cortisol in the bloodstream, it can also be detrimental to the body. Unfortunately, people who have anorexia nervosa do tend to have higher levels of cortisol in their bodies, which can cause problems with muscle weakness, unstable blood glucose levels, and a tendency to bruise easily. The stresses put upon the body caused by anorexia nervosa, namely the lack of calories and nutrients required to maintain functionality, can overstimulate cortisol production, leading to distress pathophysiology.

Decreased Levels of Estrogen and Testosterone

Estrogen and testosterone are produced by the gonads (ovaries and testes, respectively), made from precursor hormones which include things like progesterone and estradiol. As relates to the pathophysiology of anorexia nervosa, scientists have concluded that people who have this disorder can have reduced gonadal hormone secretions.

For women with either disorder, it’s common for menstruation to stop while nutrition levels are too low. For men with insufficient testosterone production, there may be problems with fertility and energy levels. For both men and women, there can be a range of physical side effects that come along with low gonadal hormone levels. Some of the issues related to low testosterone and estrogen levers might include:

Dangers to the Body Caused by Anorexia Nervosa

Anorexia nervosa is one of the most dangerous types of mental health disorders. Fatality rates are high for individuals with the disorder. In some cases, suicide associated with the disorder and co-occurring depression is up to four times higher in anorexia sufferers than in the general population. Because of this, proper treatment to address both a patient’s physical and emotional needs is a must.

Aside from the horal changes we’ve discussed, anorexia nervosa poses many other dangers to the body. Malnutrition can lead to faintness, anemia, bone loss, skin problems, dental problems, and a litany of other physical ailments. Many patients with advanced anorexia nervosa require specialized medical stabilization before entering a residential facility, let alone a day treatment program. It should be among your requirements if you are struggling with anorexia nervosa and searching out a treatment center.

Medical and Psychiatric Treatment in Combination Are a Must

Many people unfamiliar with the intricacies of eating disorders think that they are simply mental health disorders. However, we can clearly observe that as the mind and body are closely interconnected, a mental health disorder like anorexia nervosa can have extensive physical complications. This is why it’s important to find a center that employs medical, psychological, and psychiatric methodologies integrated into a personalized treatment program.

If you or a loved one is struggling with anorexia nervosa, don’t let time slip by before reaching out for help. The medical complications associated with the disorder become worse without time and treatment. The good news, however, is that they are all treatable. With medical care combines with psychiatric and behavioral recovery methods, anyone who’s dealing with anorexia nervosa can lead a happier, healthier life. 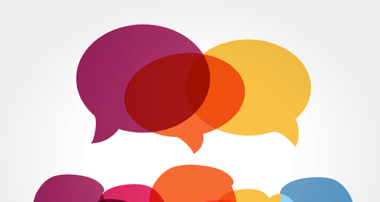 Everyone has a journey and you are worth it.