Many people believe eating disorders such as anorexia nervosa are mainly due to modern celebrity and fashion culture, which idealizes impossibly thin models and surgically enhanced stars. But new research indicates that genetic factors may strongly influence who develops eating disorders. Understanding that anorexia may be a highly heritable disease, combined with psychosocial factors, is crucial to future prevention, treatment and recovery.

Anorexia nervosa is a very serious and complex disease characterized by restriction of energy to the point of significantly low body, pathological eating, over-evaluation of weight and shape, and fear of becoming fat. In today’s society, there are still many misconceptions surrounding the origins of anorexia, which is one of the major diseases associated with death in women and men. Most people believe that the cause of anorexia can be attributed to socio-cultural factors such as the effects of mass media, unrealistic beauty ideals and parental upbringing. But studies now show that the disease is not determined by these outside factors alone—anorexia is a highly heritable disease that requires an understanding of both the genetic and social factors in order to treat it effectively.

What This Means for Anorexia Nervosa Prevention and Recovery

Studies involving twins and family members show genetic factors contribute to a predisposition for anorexia and other eating disorders. Research findings show that those with anorexia are born with certain genetic traits that put them at higher-risk for developing the disease. Why is this important? First, we can finally put to rest the enormous stigma many families have faced surrounding anorexia nervosa as well as other eating disorders. According to Dr. Mark Gold, renowned addiction and eating disorders expert, not having knowledge of the genetic component of the disease has contributed to a lot of pain and confusion for many families, “Over the past 30 years, psychological pedagogy has strongly asserted that psychological and non-genetic familial and emotional stressors were primary causative factors of anorexia nervosa. Yet to date, psychotherapeutic treatment outcomes for anorexia nervosa are poor at best. As a result, families suffer unnecessarily from overwhelming fear, guilt, and sadness, while hoping beyond hope, that the next doctor or the next new treatment program might save their child and restore a modicum of peace from this insidious disease,” says Dr. Gold, chairman of RiverMend Health’s Scientific Advisory Board.

With research about the genetic component of anorexia nervosa now underway and relatively new, awareness and treatment for the disease will continue to evolve. Because both genetic and psychosocial factors play a significant role in the development of eating disorders, families can move forward with a new understanding of their loved one’s disease. Rather than feeling like they are to blame, parents can feel empowered by understanding the genetic risk factors. Armed with this knowledge, they may feel better equipped to help their children establish a healthy body image, instill healthy eating habits and teach coping skills to combat the disease. If families know their children are susceptible to inheriting anorexia, prevention strategies can be put in place before the disease manifests at an early age and with professionally guided intervention. 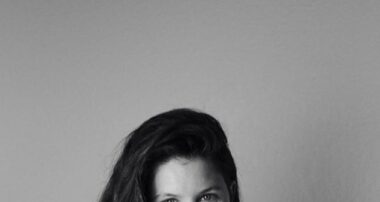 My Journey Of Self-Love, Acceptance, And Authenticity Read article » 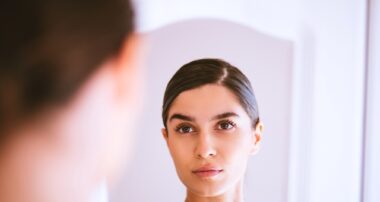 Body Dysmorphia: What Does That Mean? Read article »